Located in the West Yilgarn Ni-Cu-PGE province of Western Australia, Enegex’s West Yilgarn projects cover an area of 3,784km2, all within 200km of the Julimar PGE-Ni-Cu-Co prospect. 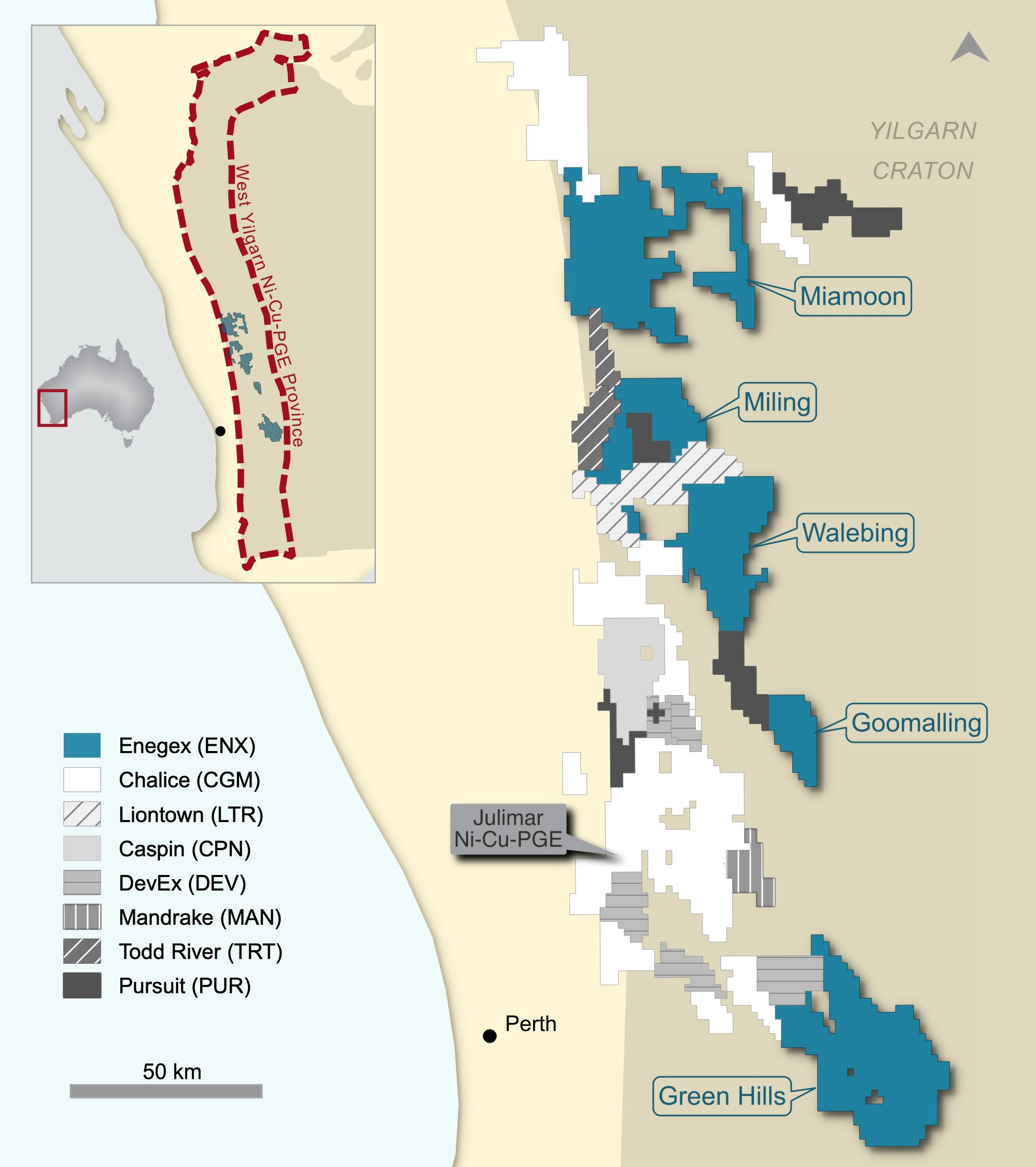 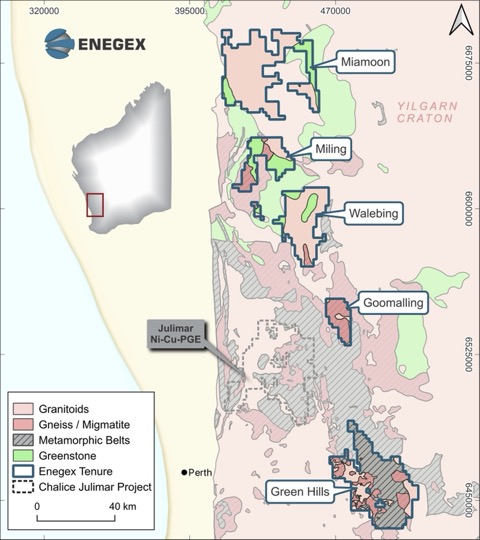 Enegex considers its project areas to have potential to contain mafic-ultramafic intrusive bodies - similar to the rocks hosting the Julimar Project. The basement geology of Enegex’s project areas is interpreted to consist of metamorphosed sedimentary, greenstone and granitic rocks.

Map detail is limited due to soil cover which is generally thicker in the north (at Miamoon) and thins in the south. Notwithstanding the limited map detail, Enegex’s project areas have been identified to host mafic-ultramafic rock sequences with small areas of outcrop and interpreted bedrock geology recorded on Geoscience Western Australia maps.